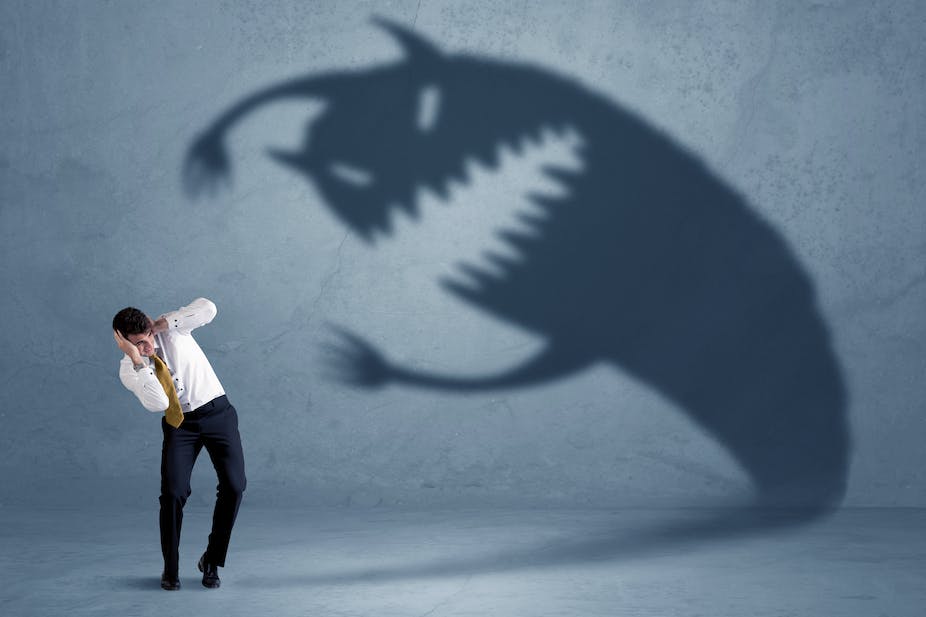 If you want to succeed live in life, you must overcome your biggest fears.

Some fears hold us back more than others. The nasty ones are like straight-jackets that restrain our abilities, making our dreams an impossibility. To be successful, you need to confront them head on.

Here are seven common fears that you must overcome to be truly successful.

Many people are afraid to live their dreams for fear of what others may think and say about them. Recently, I received a letter from a college student. “My parents want me to finish my master’s degree, but I’m ready to start my business,” he wrote. “They would think I’m crazy if I dropped out now. What should I do?”

This is a common theme from many people. But making decisions based on what people think — even your closest friends and family — will debilitate you for the rest of your life. Instead, think about what these same people would say if you did achieve success. To this college student, my advice is to think about what your parents would say if your business did succeed — would they be proud of you? What if it was the best decision you’ve ever made? It very well could be.

Many people are stuck in “survival mode.”

“I’m 26 years old and I’m trapped in a cubicle for 40 hours a week,” a man recently wrote me. “I pay the bills and live an average life, but I know I can have a better job and reach my fullest potential. I’m tired of being bored and I want to use my gifts. However, I’m afraid that I’ll run out of money. What do you suggest?”

The fear of poverty is crippling. However, this young man did express in his email that he had $10,000 in savings, which would be enough to help him quit his job for a few months and look for his dream occupation or business. Too many people settle for mediocrity because they think they must “survive” instead of “thrive.” The fear of poverty should never hold you back from your dreams.

There’s a certain age where many people quit at life. Benjamin Franklin once said, “Most people die at 25 and are buried at 75.” For some people, this metaphorical death — when they decide to settle for a mediocre lifestyle — comes earlier than 25. These people figure they can’t make it happen, so they end up quitting in advance.

Fear of old age can also be harmful when a person has to go through a major career transition. The thinking often goes something like this: “I’m 46. How do you expect me to learn about real estate if I’ve been in health insurance all my life? Plus, it has to work out perfectly, otherwise I won’t be able to support my family.”

In the end, however, age is far less important than your belief in yourself.

This is when most people ask the “what if” question. Except typically, they phrase it in a negative way such as: “What if it doesn’t work? What if no one likes it? What if it fails?”

These are the wrong questions. Instead of thinking about all the ways you may fail, concentrate on all the ways you may succeed! Even if you fail or make a mistake, it gives you a chance to reflect and correct. You must fail before you succeed. Every master was once a disaster. So go ahead and try!

Related: The Only 5 Ways You Can Become Rich

5. Fear of offending others

Here’s what someone told me the other day:

“I’m not going to call Human Resources until THEY call me for the job. Plus, I’ll end up offending them and I don’t want them to think I’m too needy. I’ll just wait by the phone and they’ll follow-up. If I don’t get it, then it wasn’t meant to be. And anyways, if I call them, it might ruin my chances and then I’ll never get the job!”

This is the wrong approach. I firmly believe people must be audacious in their actions if they are going to achieve their dreams. Many people are afraid of offending others with their self-promotion for fear that it comes across as “arrogance.” However, no one will recognize your talents unless you show them.

Many times, we look at our wardrobes and say, “I won’t wear that today. It will look foolish. Maybe another time.” But why not now? We often act as if what we want to do is wrong, but we need to have more faith in our decision-making ability. We need to test our abilities, whether we are going to give a speech, write articles, shoot videos or anything else.

Some of the greatest decisions in the world were fortuitous. Time after time, people have spontaneously deviated from their original plans and meandered their way into success. Find out who you are and what fits your style. Often, you’ll have to start by finding out who you aren’t. Trust your gut and know that you’re making the right decision–every time. You’ll only look foolish if you don’t do anything at all.

Too often, people are afraid of becoming themselves. They are afraid of their true “self-expression,” which is what real success is all about. They watch others and say, “You know, I could do that too” or “Why couldn’t that be me?” In reality, there are afraid of receiving the same level of fame, wealth, recognition and love.

Many of us were taught that we could never be truly successful in life. Many families operate on the belief system that becoming successful is unrealistic, so they never push their kids. They assume success is impossible because they haven’t seen it for themselves. Instead of adopting this mindset, believe that you will achieve massive success down the road.

At the end of the day, all of the above fears can be overcome by faith and purpose. If you know what you want and take the necessary actions to overcome your fears, you will achieve far more in your life than if you are held back by doubt and uncertainty.

8 Psychological Insights Into the Brain That Will Improve Your Marketing