Halloween is quickly approaching, and few things scream the holiday’s atmosphere quite like turning the lights out and letting a horror movie play while you cower under a blanket.

Or maybe you won’t cower. Maybe you’ll laugh at the antics of a seasonal movie, amused at the ridiculous qualities of creepiness that show up on the screen.

Believe it or not, both possibilities are valid since Halloween movies and horror films can offer plots that are chilling and terrifying to some, or they could use those same monster-related ideas to have viewers smiling at the story line. Either way, even if you’re snuggling under the blanket instead of cowering, Halloween is showcased, embraced, and enjoyed with the right choice of holiday movies.

Given the high number of films that have taken on Halloween concepts, finding the right choice in all of the chaos can prove challenging. But if you wade through the mass of monster movies and ghostly tales, you can build a collection of movies to evoke the fun quality that Halloween includes as well as the spooky nature of haunts and night creatures.

From classics to current options, here are ten movies to buy ASAP for your Halloween movie collection! 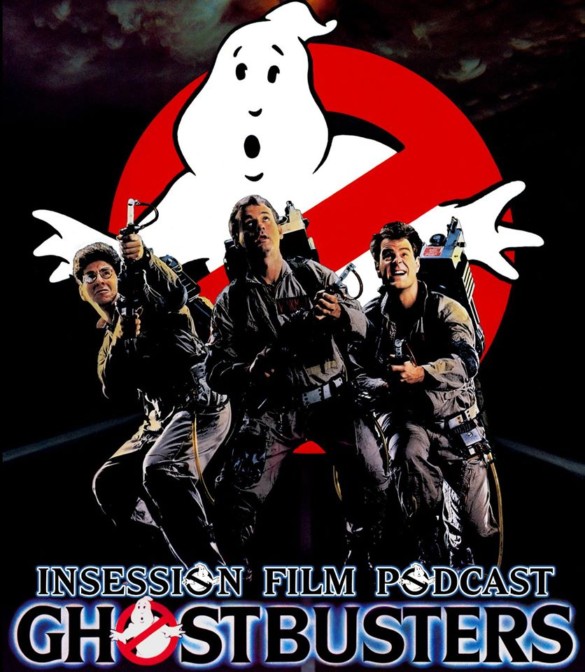 One of the classics of comedy and ghost tales, the original version of this movie offers a series of interesting characters guessing their way through early moments of what turns out to be a lucrative business for them. Every major character in this film brings something new to the table, and the moments of heroism at the end when the Ghostbusters have to fight the giant marshmallow are no less amusing than earlier scenes that include the group not knowing how to deal with a ghost in the library and making a mess out of a luxury dining room. From beginning to end, Ghostbusters is capable of providing the perfect combination of ghostly apparitions and old-fashioned comedy, making it (and its 1989 sequel) a great prospect for your Halloween movies. 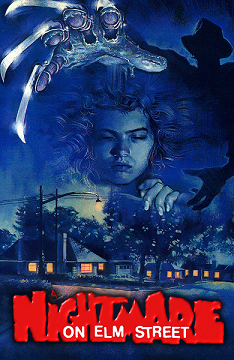 Another 1984 film, Nightmare on Elm Street is a classic film for your Halloween horror endeavors, and for good reason! What creepier approach can a Halloween monster have than to sneak into your dreams and kill you as you sleep? This concept is ideal for giving viewers the spooks since sleep is a necessity of life. No matter how terrified you are of the film, sleep—the very thing that’s horrifying since that’s where Freddy gets you—is bound to happen. Essentially, you *have* to confront your fears of this movie, perhaps as notions of Freddy killing you while you can’t wake up float around in your head. Chilling—and very Halloween! 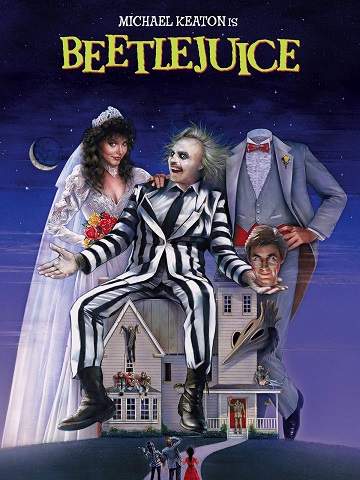 Later in the 1980’s, Tim Burton offered the world this gem that once again combines horror elements with general comedy. Sure, the movie is about a haunting and a creepy guy who can ruin your life if you say his name three times, but it’s just plain funny to see a pair of ghosts who don’t want to haunt the girl living in their home—and Beetlejuice persuading his way into the set up to create some real chaos! So many images from this film are memorable and quotable, and the combination of good humor and creepy is a blend that you shouldn’t overlook for your holiday shelf. 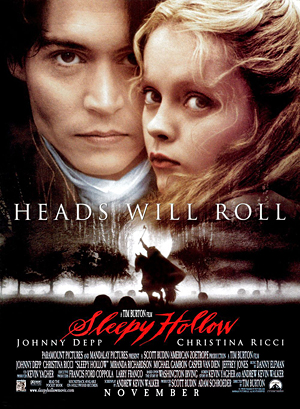 Jump ahead about eleven years, and you arrive at another Tim Burton addition for this list: his telling of Sleepy Hollow and the story of the Headless Horsemen. Like other versions of the classic story can do, Sleepy Hollow adds its own touch to the narrative with the likes of Johnny Depp, Christina Ricci, and Christopher Walken all in starring roles. The story of the Horseman is developed, including the return of his head and his later moments with Lady Van Tassel, and even the tree in the movie is a creepy factor since it bleeds and opens into a portal of sorts. Basically, this is an artistic and eerie representation of the classic tale, and it certainly has a notable place among Halloween movies. 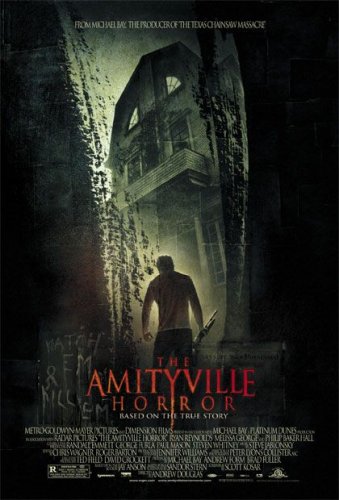 This revisiting of an old story might have gotten a little overlooked and had to deal with a bit of criticism, but the truth of the matter is that this depiction of the famous Amityville haunting is bone-chilling in its own way. It isn’t just bone-chilling either. It’s downright believable on some level, given the remarkable performance by Melissa George while her character, Kathy Lutz, tries to get help and resolution for the problem that she realizes is not just on her doorstep, but over her threshold and in her family’s midst. For a nail-biting story of haunting and danger for your Halloween celebrations, be sure to check out this Amityville remake to chill those bones and have you holding your family a bit closer.

If you’re a horror fan, it’s just plain wrong to not have a Bela Lugosi movie on your shelf. Granted, there have been a number of people to play Dracula over the years, but none have had that same air of classic poise that Lugosi brought to the character. His acting never needed to be over-the-top to deliver what might have been the most believable and moving performance that anyone has ever managed with Dracula. He just needed to say something with his accent and add that fire to his eyes, and if you’re watching, you just know that Dracula can draw you into his spell. Lugosi was without question the quintessential Dracula in film, so be sure he’s there with his cape and fangs among your Halloween movies! 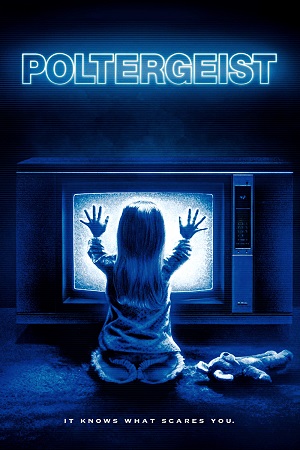 Little Carol Anne’s plight in Poltergeist has become such a staple of horror that a person doesn’t even need to be a horror fan to have heard the phrase, “Don’t go into the light!” Sure, it’s a paraphrase, but anyone who’s aware of the movie’s plot could still understand the line that is such a significant aspect of the Freeling daughter being trapped inside of a television. Maybe it’s the helplessness of the parents as they try to rescue their daughter or the creepy calm of a television set that makes this plot so memorable to audiences year after year, but whatever the cause, the draw is real enough to still make it a relevant choice for your Halloween movies. 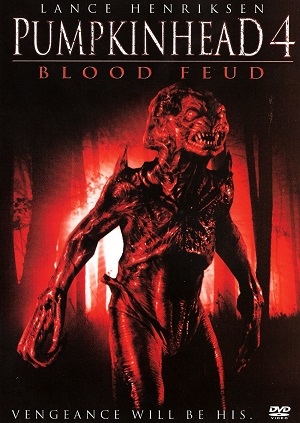 While the Pumpkinhead movies might not be the most artful of horror films, their popularity has been sufficient enough that there have been multiple movies under the series umbrella since the original movie debuted in 1988. Of all of those series options though, the best of the bunch is this installment that not only brings the Pumpkinhead character back into the forefront of the plot, but also utilizes one of the most popular feuds in American history as a driving force. That’s right. The Hatfields and the McCoys are at war in this film, and Pumpkinhead is a weapon in the arsenal. Add in a dash of forbidden romance, and you have a tale that stands out among the other series films, one that allows you to bring a little history into your October celebrations. 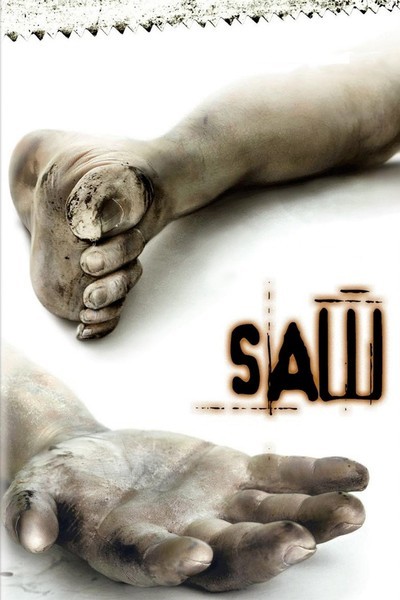 One of the goriest movies of all time certainly has a place among a list of Halloween movies, and if Saw isn’t the clear winner to the gory-movie contest, it’s definitely high on the list! With a plot that involves manipulation and brutality that can make the audience wince and squirm, Saw is the perfect prospect for a non-PG crowd who wants to burrow under blankets in discomfort and shock. There’s no one element of this story that makes it a logical Halloween addition either. There’s kidnapping, self-mutilation, a psychopath—essentially everything you might need to have you checking over your shoulder a dozen times for threats and making sure those locks are secure before you go to bed at night! 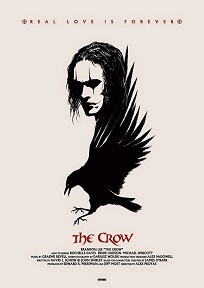 This 1994 Brandon Lee movie is another great addition to your Halloween collection, given the basic premise of murder, resurrection, and vengeance. Clearly, that’s a recipe for a horror movie, if it’s effectively catered to! There are subtler levels of this movie as well though, like grief and reunion, and the result is a film that dives deeper than a Halloween scare. It’s a classic among its fans, and the black-and-white painted face with the trench coat is a visual that’s so synonymous with this story that just the sight of it is enough to connect viewers to the tale. In the end, if you want your heartstrings to be tugged on right along with your fear—or if you want to be a part of the culture that embraces that visual so strongly— The Crow should be on your holiday to-buy list.

How about you, readers? What are some of your favorite Halloween movies?

Fattening Up Your Cup of Joe. Literally.

Decorate Your Pumpkin – In an Out-of-the-Box Way!