As an author who has self-published, I’ve explored a number of details in the scenario, and few are as relevant to young writers as how well Amazon stacks up as an avenue for publishing. The company is such a staple in online shopping that the idea of being able to use it for books is enticing, and publishing through the store is doable with their Kindle Direct Publishing e-book option. But, overall, how does Amazon KDP look as publishing possibility? Let’s explore to find out!

That exploration begins with the core concern of any business: money! For this detail, Amazon’s KDP program is top-notch because self-publishing shouldn’t cost you a penny in regard to having your book for sale. You might have to pay for services like book cover creation, but under no circumstances should you pay for the particular act of having the finished product appear as a purchasable item online before the first purchase even happens.

Through Amazon, not only is it free to post your book, but your readers can benefit from a level of freeness as well. That freeness comes in the form of a free app available through Amazon that you can download to your computer to read e-books. Essentially, you can read cheap and/or free e-books without owning an e-reader. And—for any writer thinking of self-publishing—your book doesn’t have to be available only in electronic format since CreateSpace, the often-linked source to self-publishing alongside Amazon, allows you to publish in print. It’s free without bonus purchases, so this partnership allows for a money-friendly blend to get your book out to the masses.

Another Amazon perk I can provide is linked to a poor experience I had with a different company for books that were traditionally published. Two of my books were available through another online store, but when the company decided to close its doors, authors didn’t get the best deal. Rather than the agreed-upon sum of money for the royalties, they were offered a smaller amount, and there was little they could do to gain the money they’d earned and agreed on. 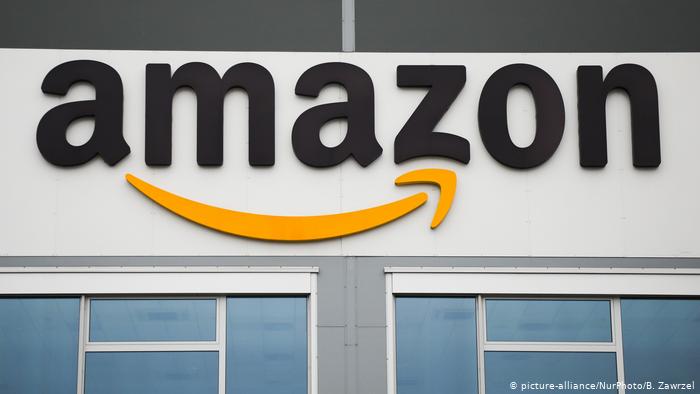 I was fortunate enough that my publisher offered to cover the full amount that its authors were promised, but authors weren’t automatically that lucky. For that aspect, again, Amazon is a wonderful option for selling books. While these smaller companies might be more likely to go under at any moment, there’s a stability behind Amazon’s history that can give more confidence. Could they go under? Sure. But the odds of a smaller, less-known company deciding to call it quits feels more likely. So for the money issue and stability, Amazon is a firm choice for publishing.

Still, publishing through Amazon isn’t without its faults. One of the very worst of those faults is the notion that readers have seven days to get a full refund on a book, as is noted in Amazon’s policy (“Return Kindle Books”). For a book, this policy arguably begs for abuse since a person could easily read a 350-page book within one week.

In essence, readers can buy your book, read it, then return it for a full refund, leaving you as the author without a penny for their use of your product. Most authors are not breaking the bank with their sales, as is noted in the idea that “The average U.S. nonfiction book is now selling less than 250 copies per year and less than 2,000 copies over its lifetime” (Piersanti, 2016, #4 section). It’s worth noting that this is the “average” number, and there are authors who dream of reaching that 250-mark. For those on the lesser end of the sales spectrum, every single sale could matter since so few books are being purchased.

If you go through the math for that lesser-end author, you might see how big of an issue this is. As of now, royalties available with Amazon KDP can vary, but let’s say your book is $2.99, and you’re getting 70% (the higher end of the royalties) of each of those book’s earnings. If you sell 15 copies of that book, it’s earned $44.85. You would then be entitled to around $33.40.

Keep in mind that each book can take months or years to create, and if a book required 1000 hours of time, that’s an average of about 10 cents for every hour invested. Not only is that not good business sense for someone who wants to make writing his or her main profession, but it’s outright disheartening after your time and effort.

Now, think about if just five of those buyers chose instead to return their book before finishing it. Suddenly, your already lowly $33.40 is more than what your book earns total—not just your royalties. Not only can an author not depend on this as a main source of income, but it just doesn’t feel worth the hundreds of hours that could go into creating a book. This attitude from the low sales, made lower by the refunds, can lead to unhappy readers as well because their favorite authors might decide the process isn’t worth it and stop publishing. Both sides, in that scenario, suffer.

Another thing that isn’t good for authors is that while the number of Amazon reviews matters in regard to how much the site pushes your book (Warner, 2015), Amazon has been known to erase reviews (Cooper-Posey, n.d.). I personally have noticed some of my reviews vanish, I suppose because the company marked them as spam—no matter if they were positive or negative. Specifically, any author friends or obvious relations you have could be unable to share their love of your book on Amazon without it being removed (Cooper-Posey, n.d.).

It’s a Catch-22 situation since the company won’t put a massive amount of effort into promoting your book until you reach 50 reviews, but what reviews you *do* have can suddenly vanish without your consent. For this review circumstance then, Amazon does fall short.

Amazon also has the pitch that you can log on to their site any time you want to update your book, and you can! Unfortunately, according to Amazon’s regulations, “Customers who purchased your book before you made changes will keep the original version” (“Updating Your Book,” n.d., para. 1) That means your earliest buyers would have to rebuy the book in order to get the most recent, polished example of your work, which seems an unfair reward to give your early following. If one of the major benefits of KDP is this editing freedom, it would make sense that it could be done in a more up-to-date way for all readers.

There are also stories about authors who have had early drafts of their books published instead of the most updated versions, though these reports are hard to find documented. They’re possible though because of another detail in the Amazon KDP setup. While you can make your book available for pre-order, you can only do that if you have a document to upload as the book. If your book isn’t quite ready, but it *will* be ready by a specific date, it makes sense to submit the latest version you have, then submit the finished product before the release date.

But if there were a fluke in the system, readers could get a look at an un-ready version of the book you were so excited to share. This scenario would be humiliating for the author and disappointing for the reader. Given that it’s based on stories and logic though, this particular idea should only be something to note as a possible issue—as in, make sure your book is ready when you prepare your pre-order!

Overall, Amazon has its strong points and its lacking points for self-publishing. Still, in the end, I do think that it’s the best of the options available, even if things could be improved by refunding based on the percentage of the book read or creating a better system for regulating and using reviews. Either way, we as authors can take the steps in our control to better our publishing experiences and be aware of what we’re entering into.

Amazon, Alibaba and Rakuten: who is winning the global ecommerce game?

The hard truths about viewability