One thing about television in the 1990’s is that it had a knack for showcasing holidays in stand-out and brilliant ways, like Christmas and Halloween. Thanks to companies like Hulu and Netflix, fans of these shows can log on and specifically target these holiday episodes to boost their celebrations throughout each of the seasons. This way, you can add a bit of nostalgia to your holiday charm through story lines that are familiar and characters you’ve adored for decades.

For Halloween, this concept is a valid option given the number of Halloween-inspired episodes of 90’s shows, and if you know precisely where to look in these television series, you could be in for hours of Halloween entertainment in a purely 90’s style. If you need a guideline, keep reading! You’re about to be given eight Halloween episodes from 1990’s shows that could add a spark of fun to your October!

In particular, this list is focused on episodes that aired in the 90’s. The TV shows they’re linked to (all of which are sitcoms) could have begun in the 80’s or extended to 2000 (or beyond), but the episodes themselves had 90’s debuts. For the sake of a family environment, the selections were chosen with a family-friendly radar as well.

With those qualifiers in mind, let’s dive in!

The Fresh Prince of Bel-Air – Hex and the Single Guy (Season 4, Episode 7) 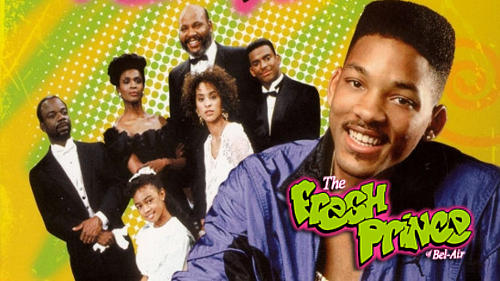 In what might have been the absolute best sitcom from the 90’s, Will Smith stars as the child from a rougher background who moves into the fancy lifestyle of his richer uncle, though he doesn’t always blend into the posh world. In fact, this distinction of personalities is part of what makes this show work well enough to still be relevant, over 25 years after its debut. With that kind of dynamic and the show’s level of comedy, there’s no surprise in it making this list with this Halloween episode! Specifically, this season 4 story is what might be one of the most memorable episodes of the series since Will makes fun of a psychic, only to find his family has been hexed because of his disrespect. This is a simple concept, but never doubt that Fresh Prince can take simple and make it hysterical. Watch as Will tries to deal with the fear and uncertainty that comes with the hex, and be prepared to do some serious laughing! 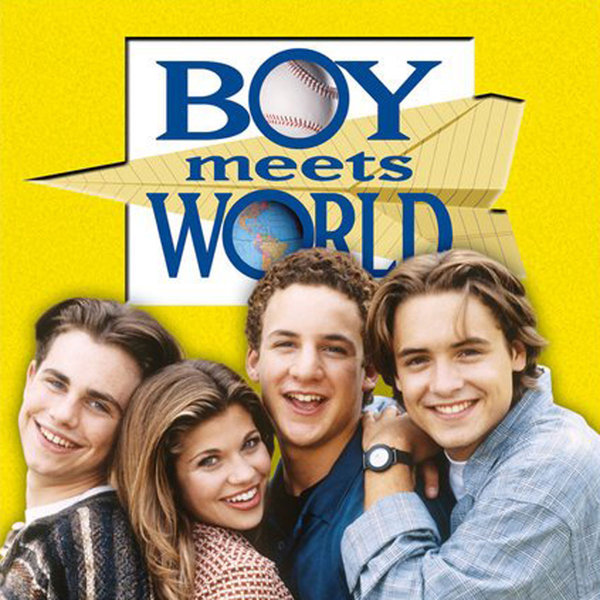 Another staple of 90’s television, Boy Meets World has a tendency to make viewers laugh while still tackling serious subject matters like child abuse and grief. Other than the theme of friendship triumphing though, there’s little about this “Witches of Pennbrook” episode to spark a deeper meaning. Instead, this one is bizarre humor through and through! In the episode, Jack has started dating a witch whose coven wants to sacrifice the Hunter boys for immortality. Fortunately for the pair, Eric is a dedicated friend who never quite clicks with Jack’s new girlfriend, and he shows up to save the day. In genuine Eric fashion, though, the rescue isn’t what you might expect! To find out what peculiar series of events leads to this rescue, be sure to check out this season 5 Halloween episode! 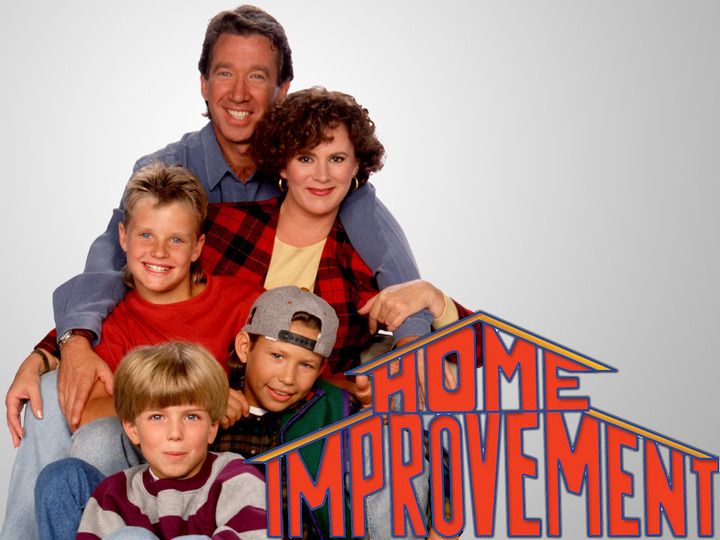 Did someone say something about 90’s staples in television? Here’s another one, and if any show from the decade is a great resource for holiday entertainment, it’s Home Improvement ! From Tim Taylor’s overt-the-top decorating at Christmas to his obsession with pranks at Halloween, this series provides entertainment for both seasons. But in this particular episode, Tim is not the main prankster. Instead, he’s the one being pranked as Jill, Wilson, and other characters join forces to give him his own Halloween spook. And this spook is a fairly noteworthy one since it involves a missing person, a murder, and a possibility of prosecution for the Tool Man. Watch as Tim is caught up in the prank, laughing and shaking your head as the story unfolds into one of the most memorable Halloween episodes of the decade. 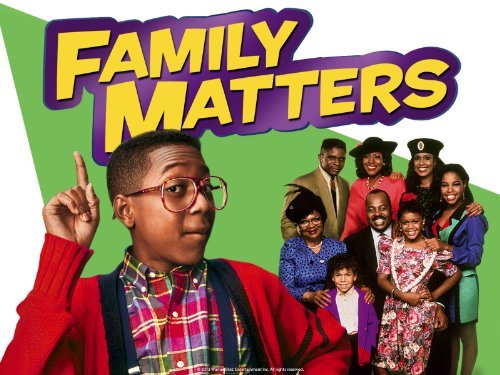 Few characters from the 90’s are as identifiable as Steve Urkel. He was such a popular character at the time, in fact, he also makes appearances on Full House and Step by Step , and his snort, tendency for falling, and Urkel dance are all memorable aspects of the Family Matters series. It’s no wonder, then, that when the show decided to make a spooky episode for their eighth season that they chose to do so with the villain being a ventriloquist’s representation of him. Stevil, as the dummy calls himself, hates the Winslows, and he’s not too bashful about letting that hatred show by torturing them. This story line was so popular that Stevil returns for a later episode of Family Matters , but his introduction as a character is still the better option for this list. What can top the original, after all? 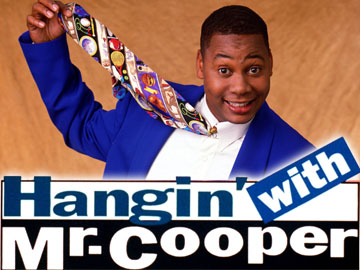 If you loved TGIF, you might be familiar with this show where Mark Curry’s character is a teacher and… Well, there really isn’t much else to note about the core elements of this show, but it still has its funny moments! In this episode, Mark’s neighbor, Tyler, (who is a friend of little Nicole) is labeled a coward and has to stay in an abandoned house until midnight to prove that he’s not one. This concept is offset by Vanessa trying a new career, but the real Halloween concept worth sticking with is linked to Mark—specifically, him watching a Halloween scene with Nicole and her friends, and also sitting with Tyler while the child tries to prove he has courage. It’s a simple story, without a doubt, but just like the overall show brought humor with the simple, so did this specific episode!

If you were a 90’s kid, there’s a good chance you were a Saved by the Bell fan! This show provides a cast of teenage characters doing regular teenage things, like dating and going to school, but each of those characters brings something vivid and individual to the show. There are plenty of memorable moments and elements to the series, like Zach’s tendency to break the fourth wall, but this particular episode stands out. Now, technically, the episode has nothing to do with Halloween, but the concept of a murder-mystery that’s blended with another murder/kidnapping/legal-blame prank makes it a relevant possibility for Halloween anyway. Watch as the six stars of the show deal with a fictional murder-mystery seemingly turning real, and get ready to laugh!

This might be one of lesser remembered sitcoms of the 90’s, but it’s worth recalling even if its concept is the standard prospect of a family living their lives. Why? Because with the spunk of the youngest member of that family, little CeCe Peterson, and the ridiculous humor brought to the formula by Wendell Wilcox, the simple approach is enough to catch attention. In this particular episode, both of these traits are spot-on as CeCe tries to get a sunflower costume, and Wendell is revealed to be as scared of the mythical Taxi Man as young Nicholas Peterson is. Add those qualities to a traditional sibling rivalry of Halloween pranks between the two oldest Peterson children, Zaria and Michael, and you have a Halloween-centric episode that you shouldn’t overlook! 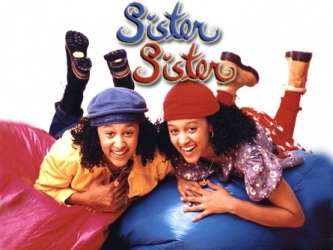 The story of twins who are separated, then reunited when they happen to find one another as teenagers, Sister, Sister takes on the family dynamic of twins, one’s adopted dad, and the other’s adopted mother, all living under one roof. The concept is unique among its 90’s contemporaries, and this episode of child irresponsibility certainly has Halloween potential. As the twins take the adopted dad’s car for a ride to a rave they’re forbidden to go to, that adopted dad shows up at a business Halloween party in a bunny costume… Only to find after he arrives that it’s not a costume party. These basic concepts are treated in ways that make them comical, so don’t miss out on this one!

What 90’s sitcom did you love? Was there a Halloween episode from it? Tell us!

Songs to Blast for Halloween

Decorate Your Pumpkin – In an Out-of-the-Box Way!

Halloween Movies to Make Sure You Have on Your Shelves