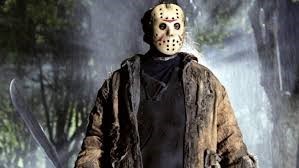 Friday the 13th instantly became a staple in the horror movie genre, spawning 12 sequels and earning its place in the horror hall of fame. The first film opened in 1980 and took place in a summer camp re-opening after the tragic drowning of a young boy. The new counselors are taken out one by one in horrific and creative ways. The design of this film was heavily influenced by Agatha Christies 1939 thriller, “And Then There Were None.”

Friday the 13th came just two years after John Carpenter’s successful classic, Halloween. It would have been easy for director Sean. S. Cunningham followed the same guidelines that Carpenter had set two years prior, that being “less is more.” However, Cunningham broke away from the mold and leaned heavily into the gore and interesting killings in the film. The payoff was number one in the box office and $60 million in sales, off of a half a million budget. Every movie in the Friday family deserves its place for one reason or another. In this article, we took a look at all 12 films of the Vorhees saga and ranked them worst to best.

It is hard to even call this film a Friday the 13th film. They even removed the title’s date. This movie is wild and outlandish and is honestly the only film in the franchise I do not like. The main issue with this film is that it is not a slasher but more of a supernatural thriller if you can call it a thriller. The only thing holding this film to the Friday family is Jason being the main character; however, it’s hardly Jason other than in name.

After being brought back from the dead thanks to a psychic teen, Jason crashes a birthday party and slaughters everyone in attendance. The story behind this entry in the franchise is a stretch, and that’s compared to the rest of the films in this franchise. One of the most significant issues with the film is the MPAA restrictions forcing the film to cut down on the gore. The Friday the 13th films are known for is briefly showing Jason’s hideously deformed face, and The New Blood is no different. One of the film’s best parts is when Jason’s mask is knocked off, revealing the creature beneath.

Reboots are not always bad. Just take a look at Planet of the Apes. However, the 2009 reboot of Friday the 13th couldn’t be saved, even by Sam Winchester. Don’t get me wrong, the film starts out very strong with some great kills and fantastic imagery. However, the film seems to nosedive the longer it goes on. It becomes less engaging with each scene and ends unclimactic.

Half of what makes Friday the 13th so great is its setting, so it really needs to be a fantastic movie when that changes. Unfortunately, that is not what happened with Jason Takes Manhattan. The majority of the issue with this entry is that it takes place on a ship throughout half of the film. The remaining scenes that are in Manhattan are actually pretty decent, except for the ending. For some reason, toxic chemicals are being flushed through the sewers. It melts Jason turning him back into a child (seemingly) before killing him.

If removing Jason from Camp Crystal Lake and relocating him to Manhattan was bad, sending him to space can’t be that much better. The saving grace of this film is the comical storyline and campy delivery. Leaning heavily into what makes horror movies funny, Jason X does a great job of mixing the two comedy and horror genres. However, the comedy comes to some pretty far-fetched scenes, such as the computer-generated Camp Crystal Lake simulation.

Originally released in 3-D, the third film in the franchise brought to life the Jason we know today. The first two films showed Jason as either a small child or an average-sized man. This film enlarged everything about him, especially his neck. Jason also puts the hockey mask on for the first time earning him the iconic symbol that will go down in history. Sadly, the storyline is bland, and the characters leave much to be desired, even for a horror film.

A film that fans had been begging for finally came to fruition in 2003, years after the scene in Senior Trip where the idea of Freddy being in Jason’s dreams was first talked about. In the 1980s, Paramount actually pitched the idea of a cross-over between Nightmare on Elm Street and Friday the 13th. In fact, Friday the 13th, Part VII: The New Blood was supposed to have Freddy in it. Unfortunately, neither studio could reach an agreement, and it didn’t happen until 2003. Freddy Vs. Jason has some great scenes, and the main thing that lands it at number 6 is who wouldn’t want to see two of horrors’ best bad guys fight?

For being the 6th film in the series, this entry really packs a lot into one movie. Finding a way to keep the franchise going by resurrecting Jason Frankenstein style was brilliant. Leaning into the campy scenes when necessary and keeping the spirit of the franchise alive (literally), this film only suffers from one thing: Tommy is less crazy than the previous movie, even after the ending of part V.

A New Beginning took a page right out of Psycho 2’s book, make the killer, not the killer. With a new setting and a continuation of Part IV’s ending, A New Beginning is just as much a mystery as it is a horror film. Throughout the entire film, Tommy has visions of Jason, causing viewers to be unsure who the actual killer is.

With one of the best casts as far as acting goes, some of the most nudity and gore (which makes an 80’s slasher film great), A New Beginning deserves to be number 4 list.

The fourth film in the series has some great moments, including the fantastic work of Tom Savini, who created the make-up and gore for the first film. The Final Chapter showcases some of the best kills in the entire series and the best cast. Not only does the film have a young Crispen Glover (Who plays a strange teenager), but it also stars Corey Feldman (who has a small cameo in the fifth film as well). Feldman is the film’s hero, not only for slaying the masked killer but also for his superb acting, even at a young age.

The last two on the list were not easy to choose from. While two may actually be a little better of a film, the first one set things up in such an exciting way that it deserves the number one spot with the twist ending. However, the second film has some iconic scenes, including a creepy look into Jason’s shack. The place where he had been living all of those years.

The movie that started it all and has been called the best slasher film aside from Texas Chainsaw Massacre. Friday the 13th, did a fantastic job of setting up a movie to lead an audience in one direction while the entire time is taking them on a different route. One thing that this film pulled off perfectly was the final “jump scare” scene with its last girl in a canoe floating silently in Crystal Lake until she is attacked by the drowned Jason child. With scenes that all these years later are still discussed, Friday the 13th is one of the greatest horror films ever made.

Written exclusively for our company by Jacob Ruble

Peaky Blinders Season 6 – something to look forward to!